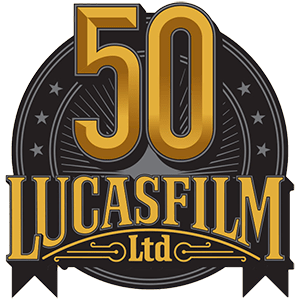 In celebration of Lucasfilm’s 50th anniversary, beloved characters -- including a certain green space rabbit -- from books and comics will join the vaunted action-figure line.

Inspired by the comic book adaptation (written by Mike Baron and illustrated by Olivier Vatine) of Timothy Zahn’s seminal novel, this Luke Skywalker figure depicts the Jedi five years after the events of Star Wars: Return of the Jedi.

Created by Roy Thomas and Howard Chaykin for Marvel’s 1970s Star Wars comics, the rabbit-like Jaxxon was recently fully adopted into modern continuity thanks to an appearance in a Star Wars Adventures tale by Cavan Scott. A cult favorite for decades, the release of this figure is sure to send fans hopping (pun definitely intended) down the toy aisles.

This version of Darth Maul comes from a 2000 comic series set pre-Star Wars: The Phantom Menace. Written by Ron Marz and pencilled by Jan Duursema, Star Wars: Darth Maul offers a glimpse into Maul’s Sith training and sees him dispatched to handle a new threat to his master.

A loyal servant of the Emperor as a member of the Royal Guard, Kir Kanos was first introduced in 1997’s Star Wars: Crimson Empire comic miniseries, written by Mike Richardson and Randy Stradley with art by Paul Gulacy. With an intimidating look based on the classic Imperial guard from Return of the Jedi, Kanos’s outfit features salient details, including a purple cape lining.

All four of these Star Wars Legends are available now for pre-order below.