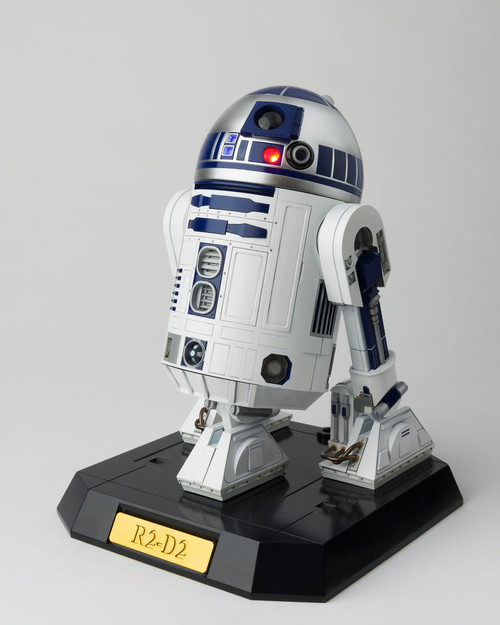 Bandai Tamashii Nations have brought the other half to your favorite droid duo! In collaboration between Star Wars and CHOGOKIN, the die cast R2-D2 has finally arrived! This highly detailed astromech figure is made of die cast and plastic parts standing approximately 7 inches tall and weighs a whopping 2 lbs. R2-D2’s hatches open to reveal multiple arms just like in the Star Wars films. CHOGOKIN R2-D2 has a third retractable leg that offers two display modes for the metal figure. There are 8 LEDs that illuminate to capture R2-D2’s signature expressions. Includes display stand and droid control bolt as seen in Star Wars Episode IV: A New Hope.