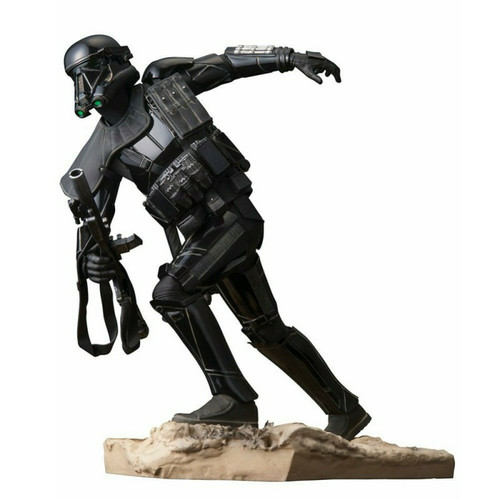 Highly detailed sculpt recreates the armor and weapons as seen on-screen. The Death Trooper stands 24 cm / 9.45" tall, and comes with a base sculpted to resemble combat terrain. Display alone or alongside other Star Wars ArtFX statues from Kotobukiya.

Adult collectible- this is not a toy. Brand new in factory sealed box.