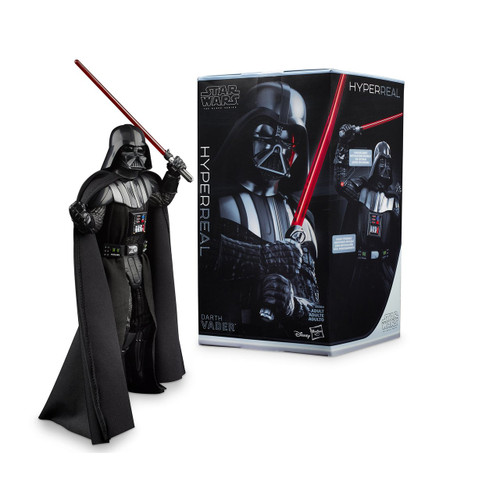 Once a heroic Jedi Knight, Darth Vader was seduced by the dark side of the Force. He remains in service of the Emperor, enforcing his Master's will and seeking to crush the Rebel Alliance.

This highly detailed Darth Vader figure captures the minute physical features of the imposing character inspired by the Star Wars: The Empire Strikes Back movie.

Inspired by the Sith Lord in Star Wars: The Empire Strikes Back, part of the original Star Wars trilogy, this Darth Vader figure is great for display in any Star Wars collection.

Includes multiple hands, a figure stand, and multiple accessories for display in any Star Wars collection.